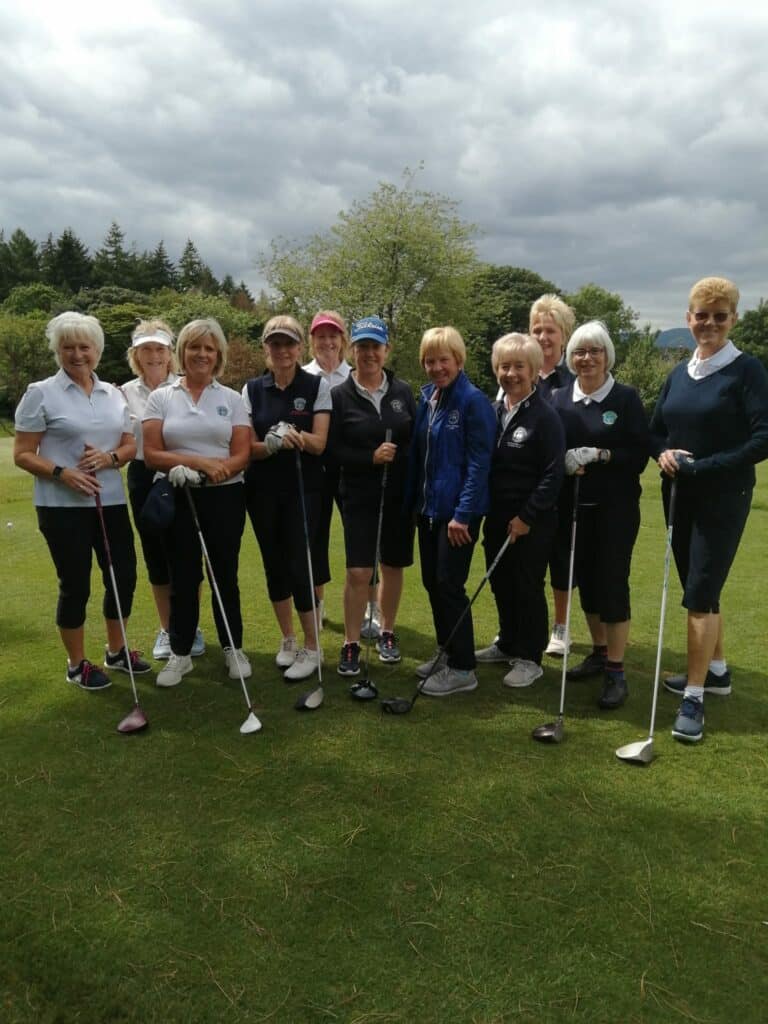 Mary McKenna team with team captain Jenny, lined up before teeing off against Belvoir Park

Mary McKenna Cup run came to an end at Belvoir Park last week. After defeating Lisburn and Killymoon, the team narrowly lost playing away to Belvoir on Tuesday 14th June.

With five pairs playing, it all came down to the final pair on the final hole – it couldn’t have been closer. Well played team – and commiserations.